This tutorial will teach you how to deploy an HTTPS API created with Flask on Seaplane’s Managed Global Compute platform. You will deploy your API globally on multi-cloud and multi-region infrastructure in a couple of minutes.

For this tutorial you’ll need:

If you don’t want to write your own code, but you do want to test our platform, you can download the code or the compiled Docker image directly from our Github repo here and skip to the section “Deploying on Seaplane.”

For the purposes of this tutorial, we created a simple API using flask and the flask-RESTful Python package to serve images directly from a container based on HTTP status codes. It works like HTTP Cats but instead of serving cat pictures it serves pictures of seaplanes, naturally.

Now that we have our API, we’ll go ahead and containerize our workload using Docker.

First, we create a file for all Python requirements as requirements.txt . For our example it’s just flask and flask-RESTful, but we’ll also specify the version to ensure the application works properly.

Next we need to create our Dockerfile. We’ll load the base Python image from the Docker registry, copy our files, and install the required packages into our Dockerfile.

Make sure all the files are in the same directory, then run the Docker build command docker buildx build -t demo-api-python .

Working on an M1 Mac?

ARM-based images are currently only supported on AWS. If you are working on an ARM-based system like an M1 Mac and want to have access to all available cloud resources you can build the image using X86 architecture by adding --platform linux/amd64.

Now that we have our Docker image, let’s do a quick test to make sure everything is in working order. Run it on your local machine using the command docker run -dp 80:80 demo-api-python . (this won't work on M1 Macs as they do not support X86 workloads).

Open the URL in your browser to view the result http://localhost:80/statuscode/500

If everything was done correctly, you should be able to query the API with status code 500 and get the 500 internal server error image in return. 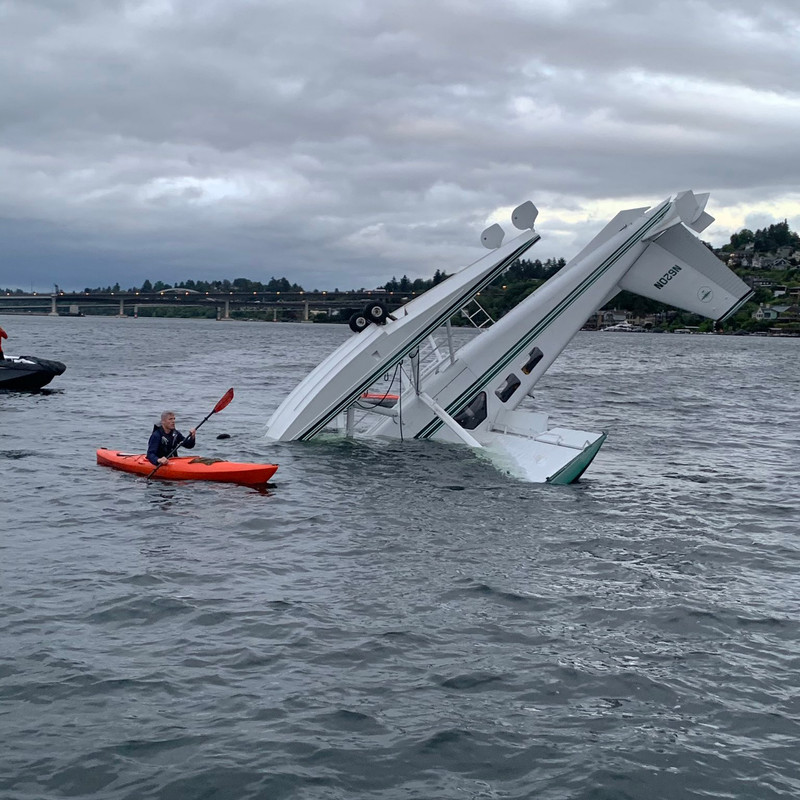 Time for the best part! Let’s deploy our newly created image using the Seaplane Managed Global Compute platform. By default, our platform will deploy your application wherever your users are. If you have users in Tokyo, Paris, and San Diego your app will automatically deploy in Tokyo, Paris, and San Diego using the most performant combination of clouds, bare metal providers, and edge.

Never deployed on Seaplane before?

If you have never deployed a workload on Seaplane before, it might be worth going over a few quick questions to help you decide what kind and how many resources you want to dedicate to this workload. You can read more about it here

Upload your container image to the Seaplane cloud registry using the following commands in the directory containing your Dockerfile.

You can read more about flights, formations, and other Seaplane terminology in our Terminology doc, but to make a long story short: a flight is a logical container and a flight plan is a set of rules for our flight to adhere to. This can include the number of instances, provider restrictions, location restrictions, and more. For now though we’ll keep it simple and only change the name, leaving all other values set to their defaults.

Depending on your answers to Some Questions to Ask Before You Deploy... you can use the flags below to configure your workload to your liking.

For now, we will keep things simple and keep all these to their default values. Allowing the workload to be deployed anywhere on any provider and scale indefinitely.

There are a couple of things happening here. We created a new formation, added our local flight plan to it with the —include-flight-plan flag, and used the —public-endpoints flag to open port 80 for external traffic. Finally, we used the —launch command to launch the formation. If everything is working as expected you should receive the remote formation URL from the Seaplane CLI.

We can get a list of all running formations through the CLI by executing seaplane formation list. You can see our newly create formation listed as deployed (in air) i.e running globally in this case.

We can query our newly created API through our browser by visiting <your_remote_formation_url>/statuscode/200 or any of the other supported status codes (200,404,500).

And just like that, our app is live and serves seaplane-themed response codes to our users wherever in the world they may be.

If you want to read more tutorials like this one, keep an eye on our documentation or join our discord. For updates on our latest releases, upcoming launches, and general industry news, subscribe to our newsletter.

To participate in our ongoing user research, or get early access to future releases contact us below.

Until next time, fly safe!

Updated about 1 month ago

Did this page help you?